Not Easily Broken by Joshua Cooley

Brian Roberts’ heart sunk as he contemplated the embarrassing thought, even if it was only a blind date. He scanned the seating sections a second time at Fort Lauderdale Stadium, the Baltimore Orioles’ former spring training home in Florida, just to make sure. No, she wasn’t there.

At least, not yet. Diana Chiafair hadn’t jilted him. She just wasn’t baseball savvy. Chiafair, a local TV and fashion model, had no knowledge of baseball or Roberts, a two-time All-Star second baseman. She arrived at the stadium in the sixth inning, unaware that teams typically pull their starters early in spring training games. She didn’t even know what uniformnumber to look for until she saw a fan wearing his replica jersey. Before the game ended, Roberts called Chiafair while sitting on his couch. She was still at the ballpark – and thoroughly confused. Explanations were exchanged, chuckles ensued and the two arranged for a dinner date that week.

"She made a lot of sacrificies - and continues to do so - to live this lifestyle," Roberts says, "I don't think she knew everything she was getting into."

Two years later, in January 2009, they got married. “God definitely had his hand in that one,” Diana says, laughing. Roberts, 32, is a record-breaking star with a fat contract and a l arge fan following in Charm City. Yet, it seems nothing – not even blind dates – has come easily for him. As a young boy, he survived a life-threatening heart ailment. In 2005, he suffered a career-threatening arm injury, and he missed most of spring training this year with a herniated disc in his back. Ittook him half a decade to earn a fulltime starting role in Baltimore, and he has never experienced a winning season as an Oriole. Add a steroids scandal – as severe a test of Roberts’ longstanding faith as anything prior – and it’s clear to see why he understands the wisdom of James 1:2-4, the mysterious paradox that life’s trials are to be embraced. Now, though, as he enters the second half of his impressive career, Roberts doesn’t have to persevere alone. This devout man of God has a lasting partner to help him weather life’s storms. She made a lot of sacrifices – and continues to do so – to live this lifestyle,” Roberts says. “I don’t think she knew everything she was getting into.”

Roberts didn’t know what he was getting into, either. He couldn’t foresee the consequences, on that fateful day in 2003, when he stuck a needle filled with performance-enhancing drugs under his skin. His ill-fated choice came at the height of Major League Baseball’s so-called “Steroids Era” and a pivotal juncture in his own career, when he was trying to solidify a starting job in Baltimore. Physically speaking, the 5-foot-9, 175-pound Roberts has always been an underdog. Born with a congenital heart disorder, he underwent openheart surgery at age 5 and still bears a large scar on his chest today. Despite his diminutive frame, Roberts produced a sterling college career and got drafted by the Orioles in the first round in 1999.

It took five-plus years, plenty of minor league mileage and a fortuitous trade of former teammate Jerry Hairston Jr. before Roberts claimed the Orioles’ starting second baseman’s job as his own. But once settled in, he quickly turned opportunity into All-Star performances in 2005 and 2007. Then came Dec. 13, 2007, the day baseball’s colossal skeleton in the closet was exposed by former Sen. George Mitchell’s
investigative report on steroid use. No one had expected to see Roberts’ name on the list. He was the post-Ripken face of the Orioles – a humble, compassionate man with boynext-door looks and a particular soft spot for children in need. His quiet, charitable personality defied the stereotypes of rich, self-absorbed major league stars. But there was his name, among 85 others. 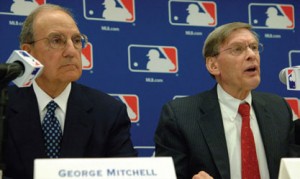 "I've been forgiven by a lot of people that I've hurt, and for that, I'll forever be grateful. Forgiving yourself and knowing that God forgives you, that's a huge part of it." - Brian Roberts

Four days later, Roberts admitted that he had tried steroids once – and only once – in 2003. He told The Baltimore Sun, “In a moment of weakness, I made a decision that I knew wasn’t right from the beginning. My size, my ability, whatever it was – none of that is any reasoning for making a decision like that.” The Mitchell Report started a media feeding frenzy, and Roberts was not immune. The Sun ran a column on Dec. 18, 2007 entitled, “Hard to believe Roberts.” Opposing fans verbally flogged him on road trips the following season.

“It was really hard for me to forgive myself and not beat myself up over it and worry about what other people were thinking and taking everything that fans yelled personally,” Roberts says.

Since his admission, Roberts has used his mistake as a teaching tool. In 2008, he took part in a candid, 17-minute video interview (available on YouTube) with the Fellowship of Christian Athletes and also spoke to a large group of student-athletes in suburban Baltimore for an anti-steroids campaign called “Playing Safe, Fair and Sober.” “It’s a fallen world,” he says. “We’re all sinners. We can’t look in the mirror and say we’ve always made the right decisions. 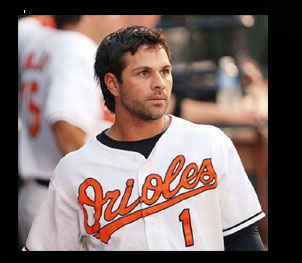 Diana knew it: He’s “The One.” She knew because of the twinkle in Brian’s eyes. But it didn’t happen during a candlelight dinner, romantic stroll or sunset cruise. It happened in a hospital. Recalling his own childhood fears during heart-related hospital stays, Brian has visited the University of Maryland Children’s Hospital in Baltimore for years. His mission is simple: To bring smiles to sullen faces. While they were still dating, Brian took Diana with him one day. She was moved by his empathy and kindness. Here was this famous, filthy-rich athlete stooping down to play with sick and dying kids, his face lighting up as much as theirs.

“That’s the first thing I fell in love with about him because it’s something we both are so passionate about,” she says. These days, the couple visits the children’s hospital six to 10 times a year. In August, Roberts will host his fifth annual Brian’s Baseball Bash, a hospital benefit at the ESPN Zone in Baltimore that has raised more than $500,000.

They also support Foster and Adoptive Family Connection, a charitybased in Greeneville, Tenn., that provides assistance to foster or adoption families. She and Brian donate personal income to FAFC and are exploring the possibility of starting a satellite branch in Baltimore. “There are so many hurting kids out there,” Diana says. Roberts’ other mission field is the Orioles’ locker room. As the team’s Baseball Chapel player representative, he is not an aggressive clubhouse evangelist, but rather attracts spiritually curious teammates through a winsome style and a lack of participation in crass locker room humor. In team Bible studies, Chris Adomanis, the Orioles’ Baseball Chapel leader, relies on Roberts the most.

“He’s just a solid rock from the standpoint of the foundations of the faith,” Adomanis says. “Guys don’t like things forced on them,” says Roberts, who became a Christian at age 12 at his childhood church in Durham, N.C., and also serves on FCA Baseball’s national board of directors. “So it becomes a matter of living out your faith before them and showing them.

People don’t care how much you know until you show how much you care. Being there for them and your wife being there for their wives is one of the boldest statements you can make. I hope that translates into a decision one day.” ‘Influence for the long run’ Roberts, it seems, has cornered the market on two-baggers.

Last year, he set the all-time major league record for doubles by a switchhitter with 56 and joined Hall of Famers Tris Speaker, Paul Waner and Stan Musial as the only players in history with three or more seasons of at least 50 doubles. He also set career highs in runs scored (110) and RBI (79). Entering this season, he owned a .284 career average, 318 doubles, 256 stolen bases and a .987 fielding percentage. In February 2009, Orioles rewarded him with a four-year, $40 million contract extension through 2014.

“He gets emotional during games. It’s tough to control our emotions, but we pray.” For years, baseball was the primary means of sanctification in Roberts’ life. He has learned plenty about trust, peace, prayer, God’s sovereignty – you name it – in baseball’s crucible. But nothing, Roberts is learning, stimulates personal growth more than a biblical marriage. It’s like facing a Hall of Fame pitcher: Soon enough, all your weaknesses will be revealed.

“You realize how selfish you are,” he says. “Our human nature is to think about ourselves first. But in order to make it work – and not just make it work, but make it thrive – you have tothink of the other person. It’s tough as humans. It’s tough for me. You learn life doesn’t revolve around you.”

This is what makes Roberts truly special. No one would ever label him anarcissist. Just ask any of the hospital kids he visits, or the hundreds – maybe thousands – of others he has impacted in his lifetime. And yet, he makes a humble statement like that in all sincerity. Here, then, is Brian Roberts. He is a modest, godly man in a profession that accentuates neither. His compassion toward the downtrodden seems limitless. Has he made some mistakes? Yes …but who hasn’t? And he has answered the accusing fingers with a measure of dignity and forthrightness that seems beyond many of his peers. It’s all part of striving to be a worthy ambassador of Christ.

“I realize I’m at a place now with a lot of impressionable players,” he says, pondering his future. “It has a lot more to do with eternal impact. I want to use that influence for the long run. I have an opportunity that few people do, and I want to use it for His glory in a lot of different ways.” And marriage? Well, botched blind dates aside, he’s hitting for a high average there, too. “I think he has taken the role of being husband so well,” Diana says. “He is so patient. Everything God calls him to be as husband, he really strives to do that.” Freelance writer Joshua Cooley lives in Germantown, Md.